Furtwängler’s last Ninth: Wilhelm Furtwängler conducted Beethoven’s Ninth Symphony more than 100 times. And in 1954, three months before his death, he led his final performance of the work in Lucerne – a performance now available in a new remastering. With the support of the famous Philharmonia Orchestra and a world-class roster of soloists, Furtwängler emphasizes the visionary character of this monumental score in his passionate interpretation.

Supplemented with photos from the Festival’s archive – some of which had never before been published – the CD comes with a 32-page booklet in three languages that contains extensive information about Furtwängler’s work in Lucerne and the context of this performance.

The LUCERNE FESTIVAL Historic Performances CD series presents live concert recordings of influential Festival artists. The sound quality of the original tapes has been painstakingly restored, and each release is accompanied by extensive documentation of its historical as well as artistic significance, together with photos and historical material from the LUCERNE FESTIVAL archive – a history of the Festival in sound. 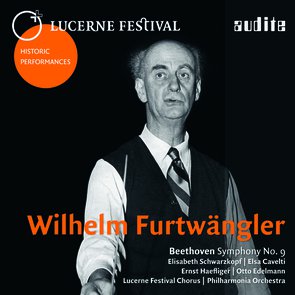