Ever since 1938, when Arturo Toscanini led a legendary gala concert in the gardens facing Richard Wagner's villa in Tribschen, LUCERNE FESTIVAL has been the place for unforgettable musical experiences, year after year. The new CD series LUCERNE FESTIVAL Historic Performances presents outstanding live concert recordings by artists who have left their mark on the Festival. The original tapes have been meticulously remastered, and each release is supplemented with additional material and photos from the LUCERNE FESTIVAL archive – a history of the Festival in sound. 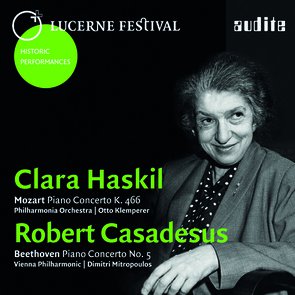