There are not many conductors who can perform the symphonies of Gustav Mahler and Anton Bruckner with equal conviction, but Claudio Abbado belongs to this minority. Alongside his highly acclaimed Mahler cycle at Lucerne, he has been making a no less impressive traversal of the Bruckner symphonies with the LUCERNE FESTIVAL ORCHESTRA, that unique “orchestra of soloists.” In the wake of performances in recent years of the Fourth and Seventh Symphonies, the monumental Fifth was heard in the summer of 2011—a work that Bruckner described as his “contrapuntal masterpiece.” “The composer himself, one suspects, might have leapt to embrace Abbado as an ideal interpreter,” wrote “The Guardian” about Abbado’s account of Bruckner , which is now available as a live recording on DVD. 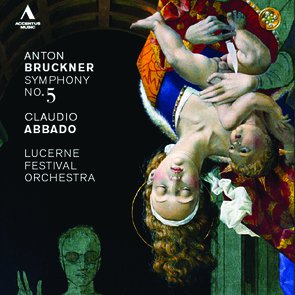