A belated debut: In the summer of 2020, Herbert Blomstedt, a living legend among conductors who has long chosen to reside in Lucerne, stood on the podium of the Lucerne Festival Orchestra for the very first time. You would not have been able to guess that he had celebrated his 93rd birthday just one month earlier, so thrilling and vital were his interpretations of Beethoven's Symphonies No. 2 and 3 and First Piano Concerto. The soloist was Martha Argerich, who, incidentally, launched her matchless career with this very concerto in 1949, when she was just seven years old — a work she has continued to explore in great depth over the ensuing decades. 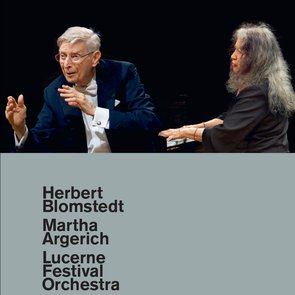