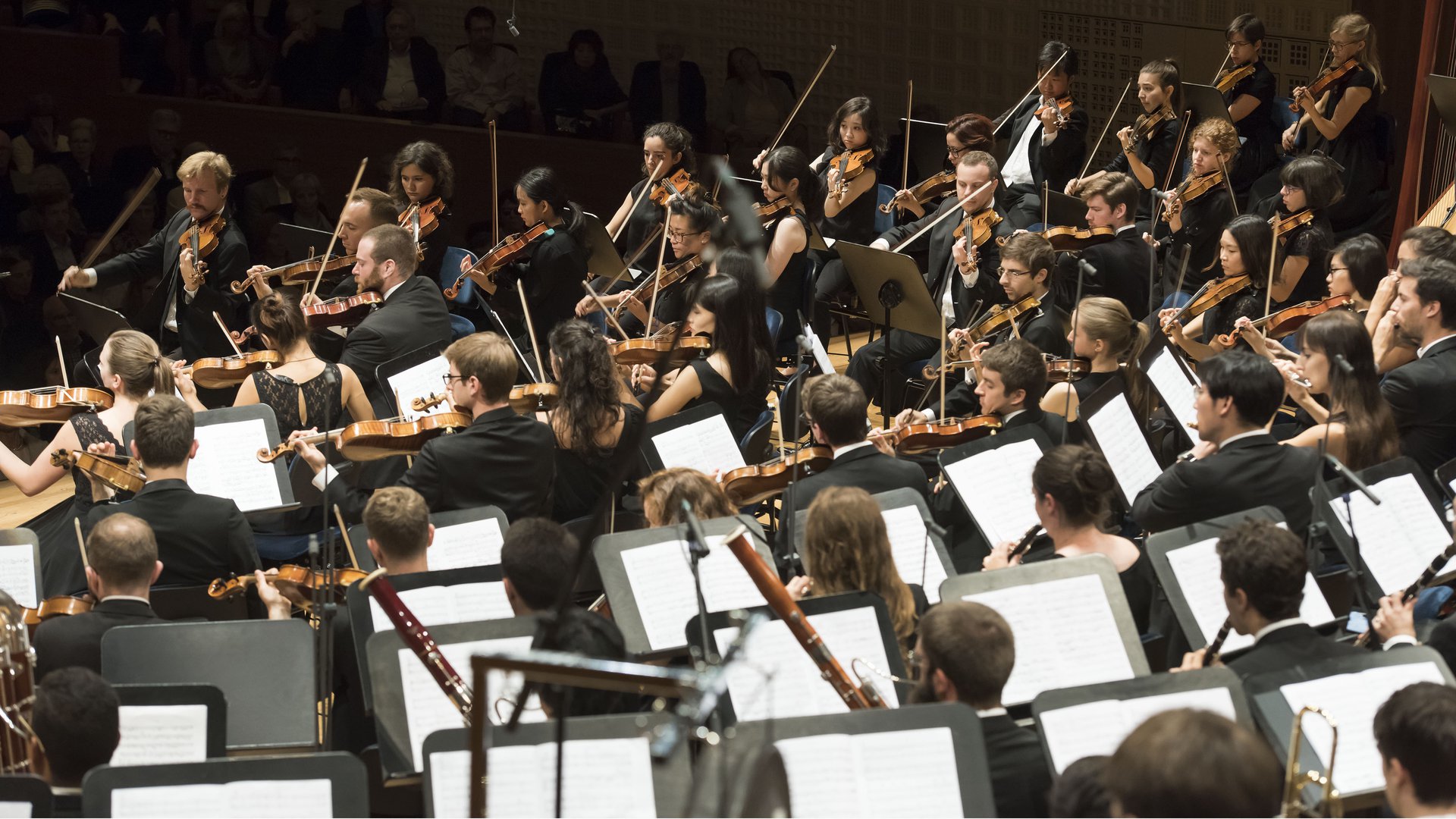 The Lucerne Festival Contemporary Orchestra (LFCO for short) sees itself as an orchestra of excellence for the performance of new and contemporary music. It forms a counterpart to the Lucerne Festival Orchestra, focusing on 20th- and 21st- century scores, from modern classics to newly commissioned works that receive their world premieres in Lucerne.

All members of the LFCO have benefited from their training at the Lucerne Festival Academy, which was launched by Pierre Boulez and is now directed by Wolfgang Rihm. Thanks to its close ties to the Academy and its network, the LFCO is able to play a trailblazing role in the interpretation of contemporary music and in the development of forward-looking concert formats. Through its projects, the LFCO harnesses the potential of new technologies; interdisciplinary works gives rise to innovative listening and concert experiences. All of this is done always with a clear vision: making contemporary music happen.

The Forward Festival program emerges from the Academy Network. At the Lucerne Festival Forward, musicians from the LFCO perform in a wide variety of formations: from solo, chamber music ensemble to large orchestra.