In short videos, leading composers and interpreters demonstrate the tonal, harmonic, melodic, and rhythmic facets and traditions of so-called new music. Thanks to their practical explanations and personal insights, we can "tune" our ears to the adventure of listening to contemporary music and gain a new understanding of music itself. And so: listen carefully! 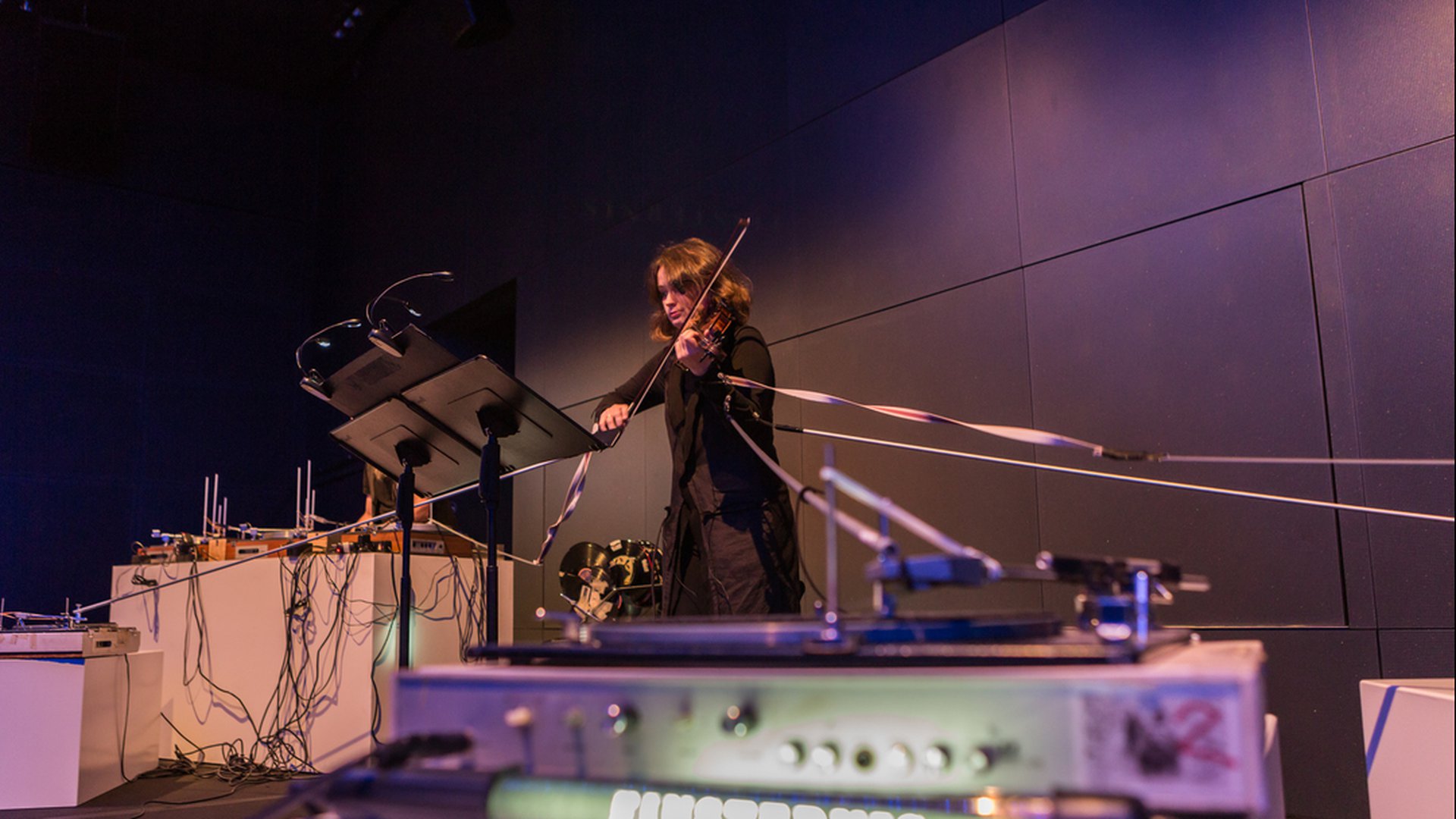 Based on the three concert programs that Mariano Chiacchiarini will conduct in Lucerne, we talk about three thematic areas of new music.

Thinking about the possibilities of instrumentation

Thinking about the possibilities of instrumentation

The concert hall as any composition's main instrument

The concert hall as any composition's main instrument

What’s new in music being written today? Find out at this "räsonanz – Donor Concert", which brings you up-to-date orchestral music. Iris Szeghy presents her recent Offertorium, which features an expressive solo soprano singing verses by Emily Dickinson. Beat Furrer has taken advantage of the coronavirus downtime to compose a fiendishly difficult violin concerto for Ilya Gringolts. Finally, in a series of orchestral pieces written between 2015 and 2020, Miroslav Srnka traces not just musical movements but what sets them in motion: the physical movements of the musicians.

In our series "Deep listening: New Music" we will talk with composers and soloists about the new works presented at this concert.

German conductor Johanna Malangré was a Conducting Fellow at the Lucerne Festival Academy in 2017, where she worked with artists such as Heinz Holliger and Patricia Kopatchinskaja. She has also completed master classes with Bernard Haitink, Paavo Järvi, Reinhard Goebel, and Nicolas Pasquet, leads the Hidalgo Festival Orchestra in Munich, and will take up her post as Principal Conductor of the Orchestre National de Picardie in 2022. This summer, she returned to Lucerne as Assistant Conductor for the Roche Young Commissions. We talked to Johanna about conducting, "going crazy," and her approach to new music.

About the art of conducting

About the art of conducting

About moving and getting crazy

About moving and getting crazy

"Deep Listening: with the JACK Quartet"

The New York Times calls the JACK Quartet "our leading new-music foursome." Its original four members became acquainted at the Lucerne Festival Academy, and the JACKs have been closely associated with the Festival ever since, regularly returning to Lucerne as guests and coaches. The Quartet is especially dedicated to new music, about which it has much to say.

Swiss composer Dieter Ammann is one of the leading composers of his generation and a regular guest at Lucerne Festival, including as a co-lecturer in Wolfgang Rihm's Composer Seminar. Initially, he wasa for many years active as a jazz musician, and a great sense of spontaneity and energy likewise characterize his compositions, as for example his piano concerto "Gran Toccata," which was premiered at the BBC Proms in 2019 and has been an international success. We visited Dieter Ammann at home in Zofingen and asked him the following questions:

Why is it so important for new music to be performed?

Why is it so important for new music to be performed?