‹ All Last Updates
On Tour

Just a few days after the inaugural concerts in Lucerne, the LFCO went on its first tour: on 9 September, the orchestra made a guest appearance at the Musikfest Berlin and performed at the Berlin Philharmonie under the direction of Enno Poppe. 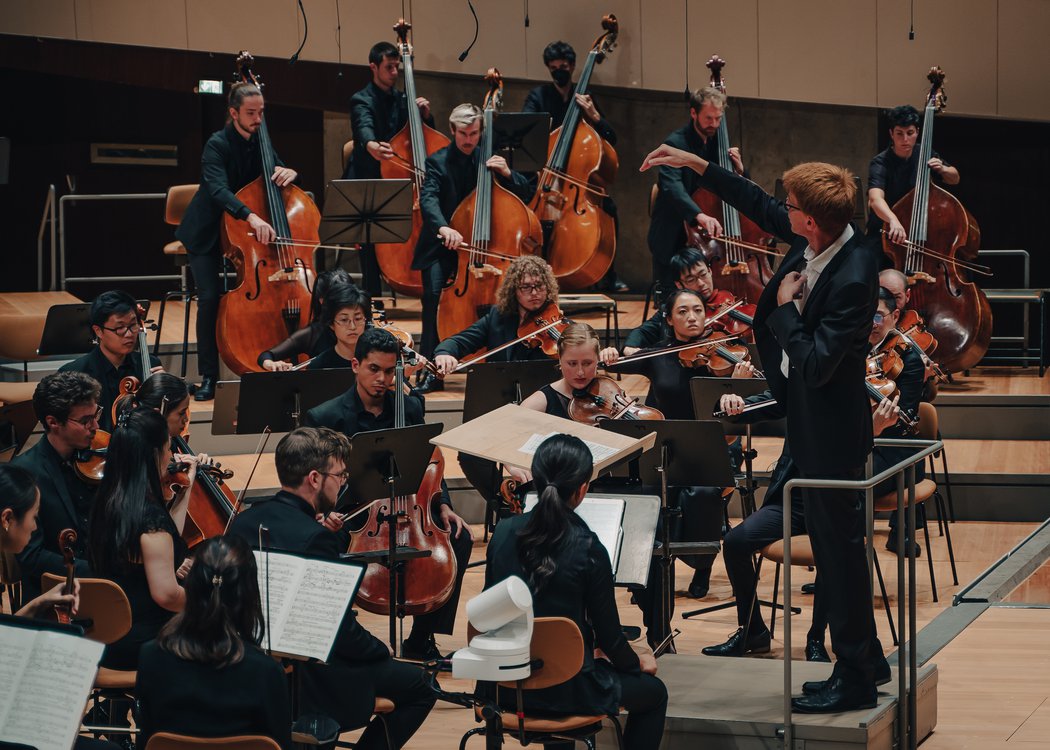 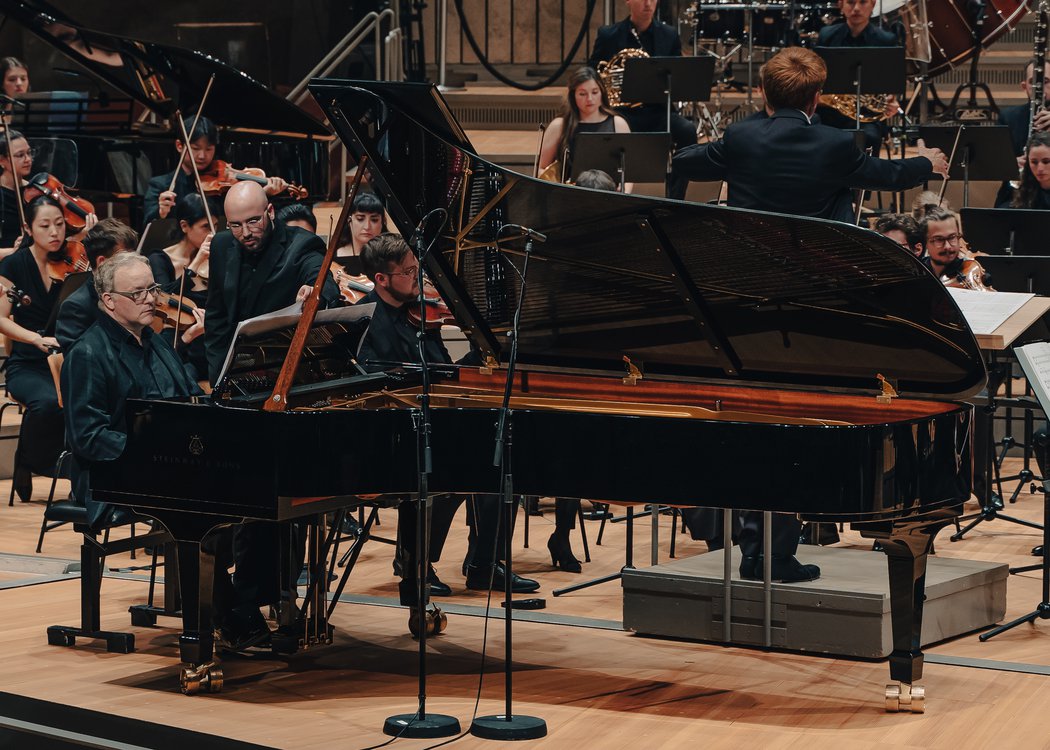 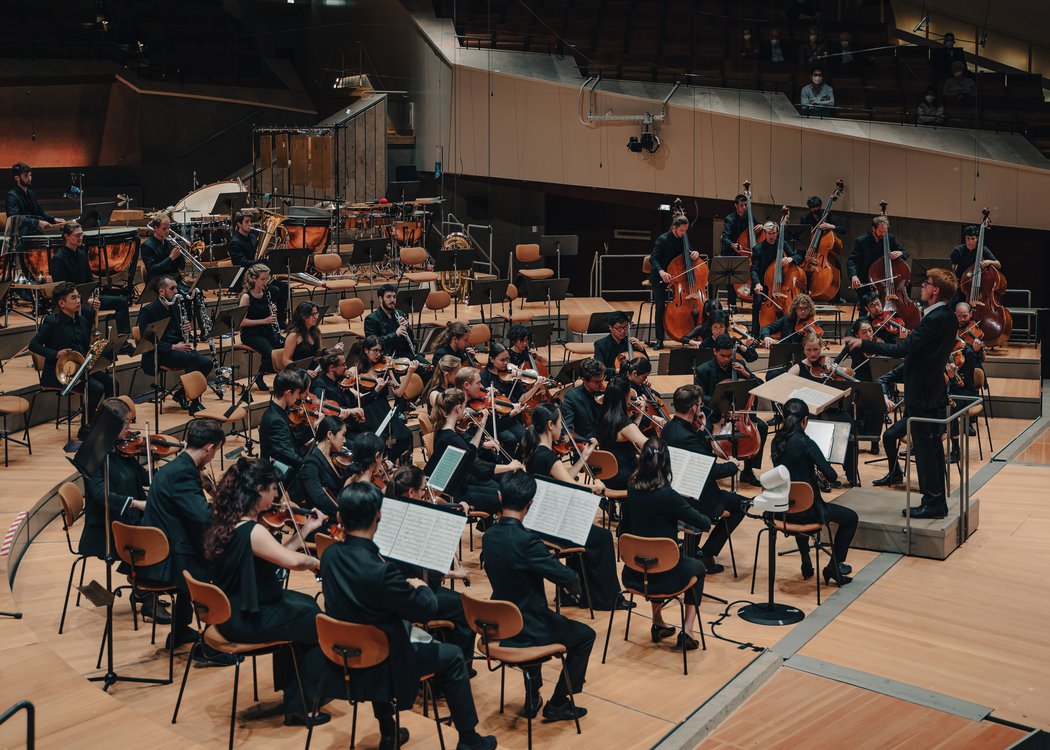 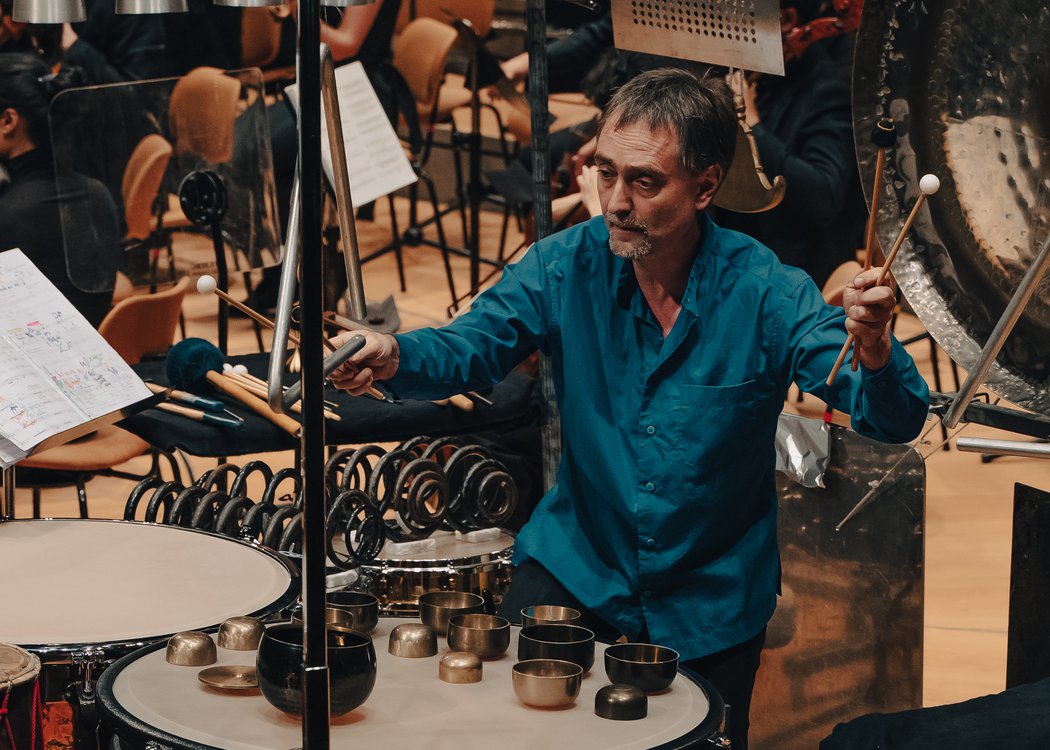 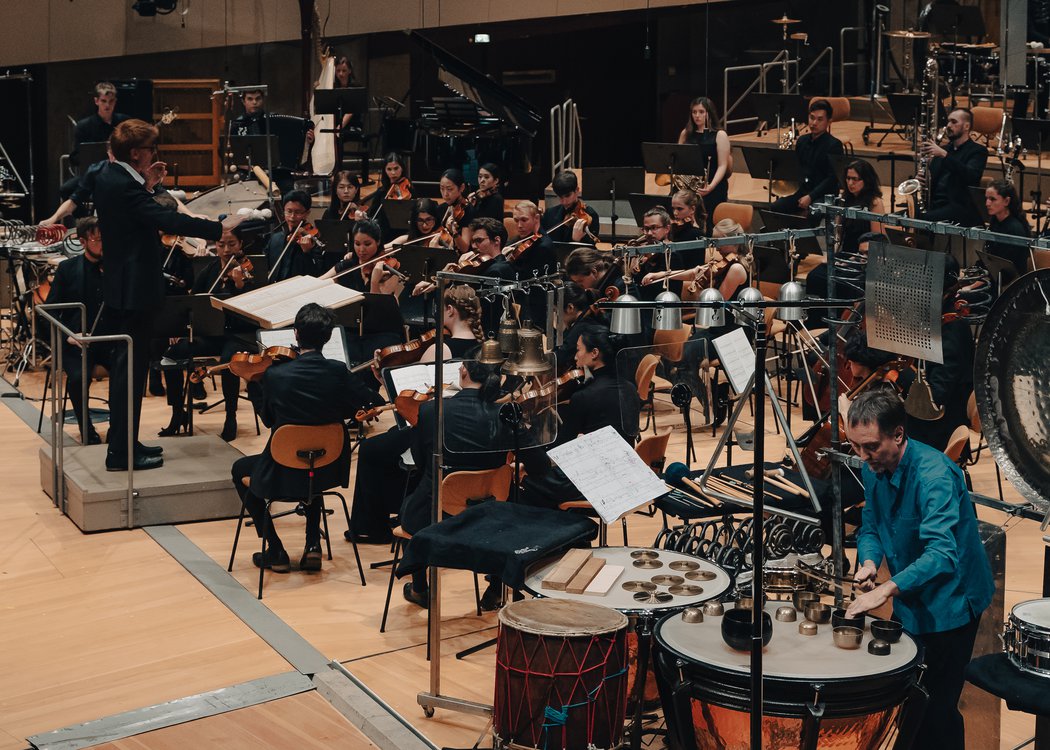 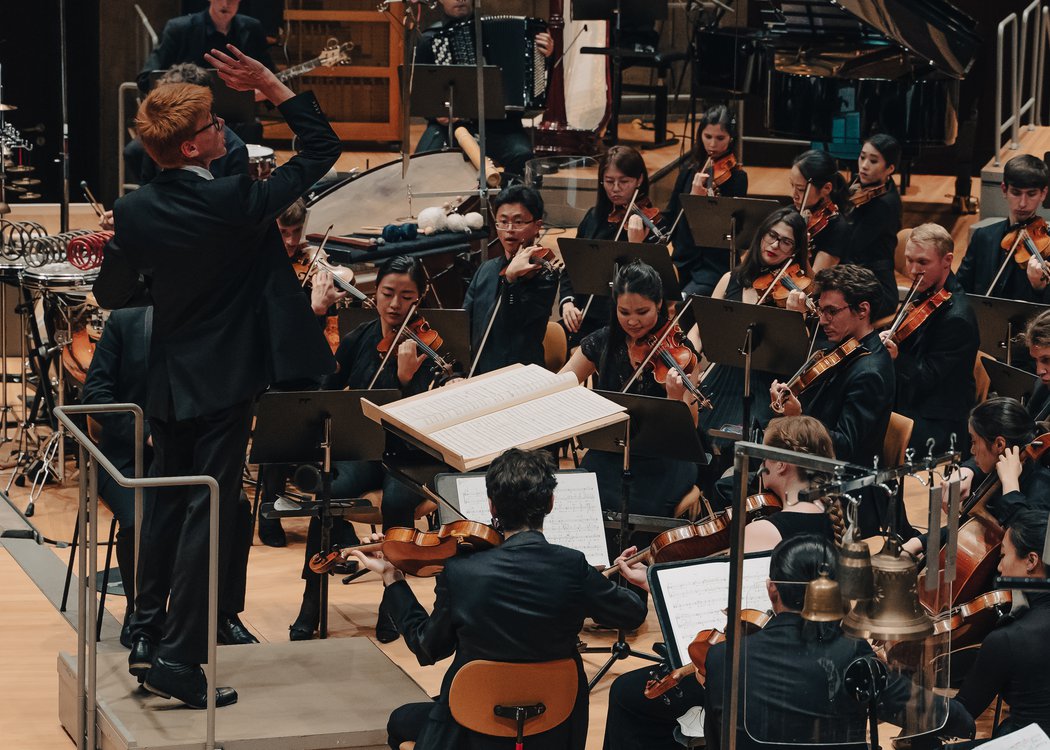 Saunders is a tireless researcher into sounds. She prefers to focus on individual instruments and works intensive with her performers. This is how “inspiring sessions of sonic exploration” with the percussionists Christian Dierstein and Dirk Rothbrust resulted in void. The British composer, who lives in Berlin, similarly explores unusual playing techniques in her new piano concerto to an utterance, written for pianist Nicolas Hodges as part of the “Roche Commissions”. “The solo piano within this concerto was conceived as a disembodied voice. It seeks to tell its own story… an incessant, compulsive soliloquy… on the precipice of non-being…”

Saunders’s music was juxtaposed with that of two modern icons regarded by many as polar opposites: Igor Stravinsky, with his unleashed rhythms and archaizing melodies, and Anton Webern, the advocate of strict 12-tone music. 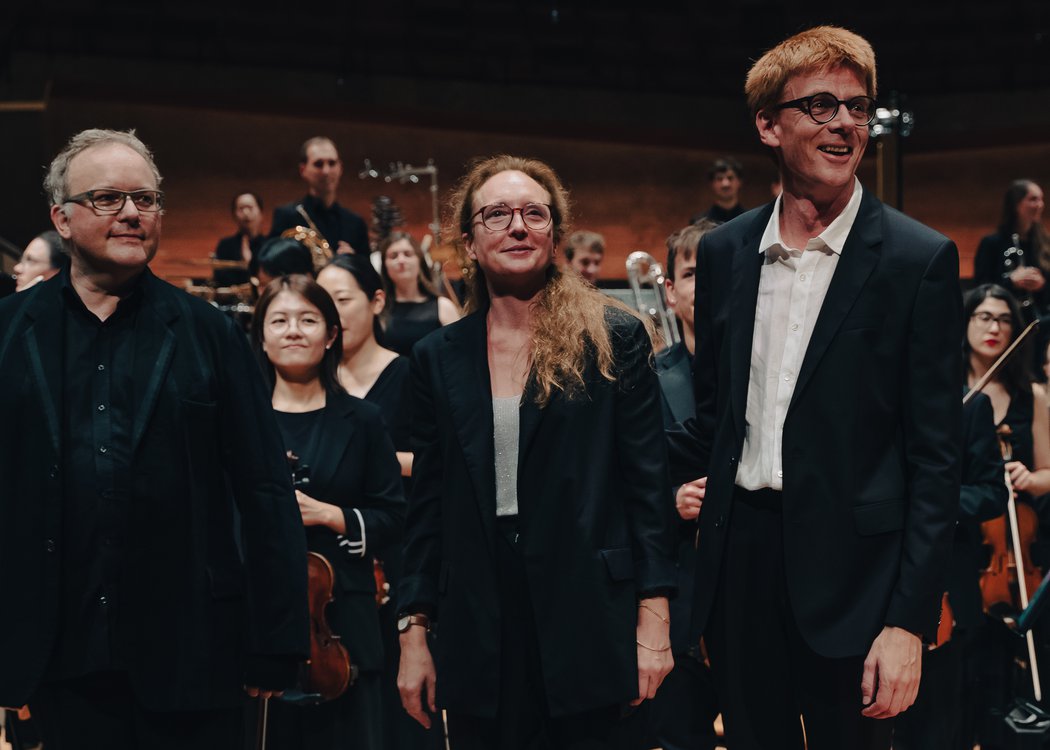 More concert On Tour with the Lucerne Festival Contemporary Orchestra

Detailed information on the concert in Berlin with downloadable programme

Spectacular concert by LFCO in Donaueschingen

On the occasion of their 100th birthday, the Donaueschinger Musiktage presented an opulent program.

Grand finale of the China tour

Father and son on tour

The Lucerne Festival Orchestra continued its Shanghai residency with three concerts under Riccard...

During their Shanghai residency, members of the Lucerne Festival Orchestra held workshops in the ...

On tour with Raymond Curfs

«I hit on everything that sounds or doesn’t sound»
- Raymond Curfs, percussionist of the Lucerne...

On Tour in Beijing

On Tour with Raphaël Schenkel

On Tour with Béatrice Muthelet

On Tour with Alexander Malofeev

Press conference and opening of the Shanghai Residency

On Tour with Haochen Zhang

Lucerne Festival Orchestra at the Teatro alla Scala in Milan

Lucerne Festival in Shanghai and Milan

A total of 8,800 concertgoers in Japan, South Korea, and China enjoyed the Lucerne
Festival Orch...

Highlight and conclusion of the Lucerne Festival Orchestra tour in Asia.

Upon arrival in China, a press conference was held at the National Centre for the Performing Arts.

Seoul: Arrival and a Day off

After the concerts in Kyoto, the Lucerne Festival Orchestra traveled to South Korea.

After the concerts in Tokyo and Kawasaki, the tour continued on to Kyoto.

Geoffroy Schied: the person behind the camera

Meet the musician behind our tour blog's photos

Next stop of the tour has taken the Lucerne Festival Orchestra to Kawasaki.

Tokyo: start of the tour in the capital of Japan

On 3rd October the Lucerne Festival Orchestra arrived in Tokyo.

During a orchestra tour sometimes things happen that you might not expect...

For the start of the Lucerne Festival Orchestra's first tour with Riccardo Chailly, a press confe...